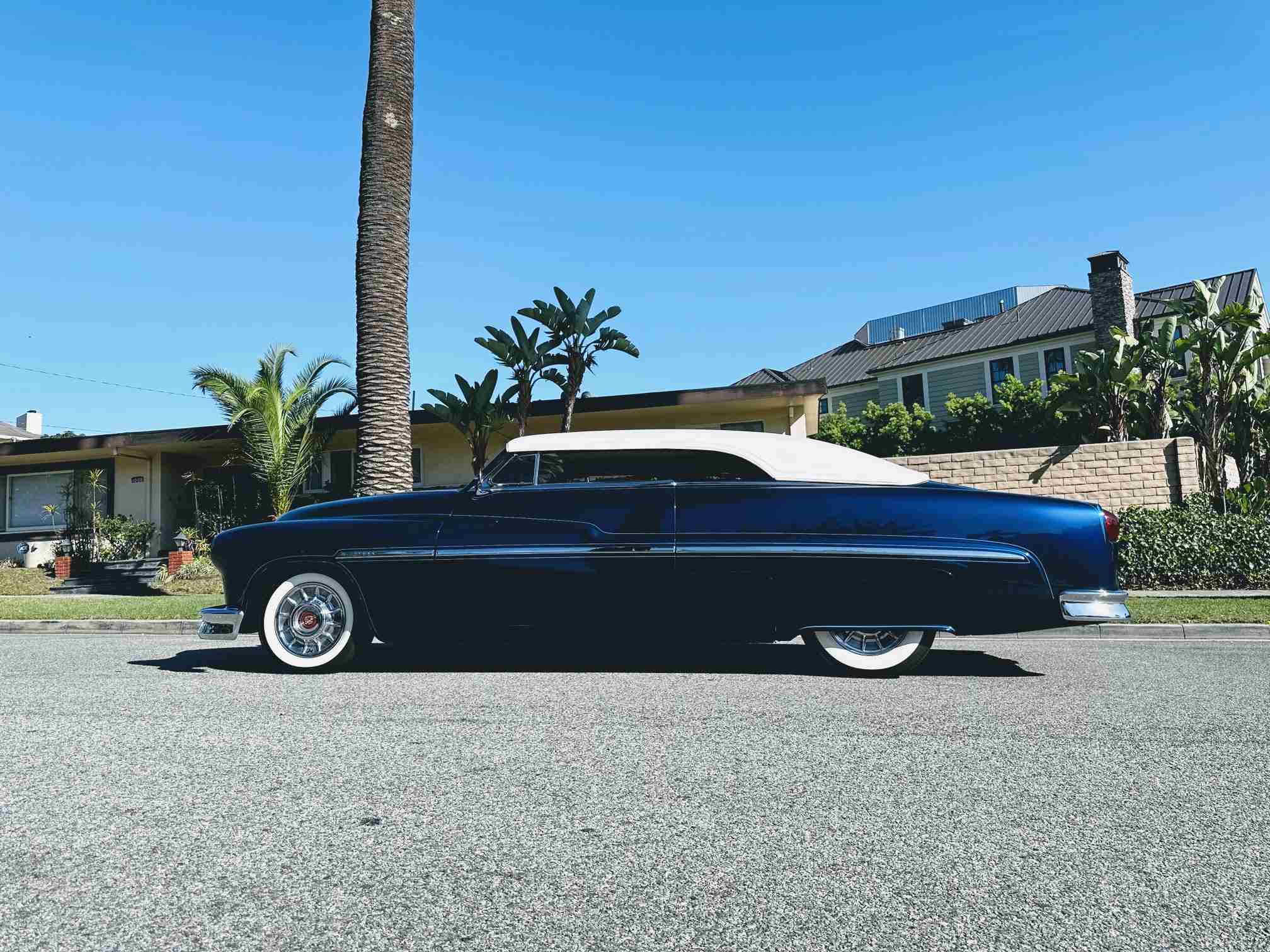 In the early 2000’s, this Mercury convertible was built by Bill “The Leadslinger” Hines for Gary Nieme of the Los Angeles area. Nieme, and original member of the well known 1950’s car club the “Renegades”, was very close friends with many of the now greats, including Watson, Hines, Coddington, Windfield, Dean, etc., many of who helped in the building of his cars, such as this Merc. Niemie built many cars starting in the 1950’s, from hot rods to customs but, per Mr. Nieme, this was his last car. When completed, it was put on display at the 2004 Grand National Roaster Show. The rules state that the hood was to be left open but Mr. Niemie decided to leave it closed as it “killed it’s smooth lines and looks of the car”. He was told the car would have been awarded 1st Place but was bumped to 2nd Place as a result.

Mr. Niemie kept the car for only short time then had his friend, Boyd Coddington, sell it for him. The car went to a gentleman in the Hollywood area, was driven very little and changed hands a few more times, eventually settling in a museum in Georgia.