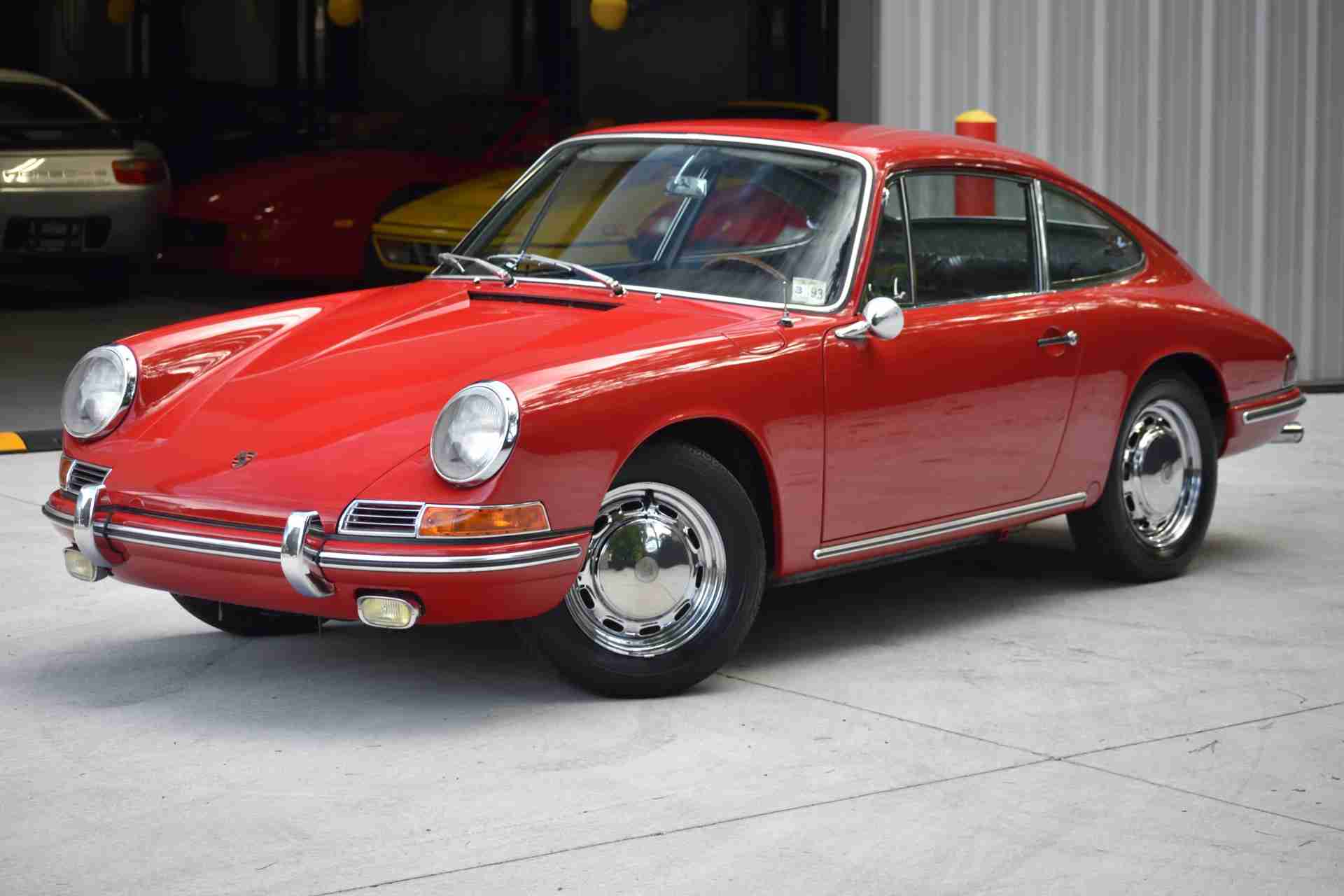 2.0 Coupe SWB, Revitalized “Barn-Find”, First in Class Awarded, Complete Bare-Metal Lacquer Repaint, Numbers-Matching, Certificate of Authenticity… This particular example is among the first 100 in that group, known as the “O” series. Completed 14 January 1966, it was painted Polo Red (6602) and trimmed in Black leatherette-then, as now, a popular combination. A tinted windshield and rear glass were the only options requested by its first owner, a resident of Dothan, Alabama. After restoration, the car was presented at the Atlanta Concours in October 2017 and won its class. With its beautiful repaint and all-original interior, this outstanding, numbers-matching two-liter 911 presents wonderfully throughout. It is supplied with a correct spare, jack, and tool roll, along with invoices relating to its recommissioning.