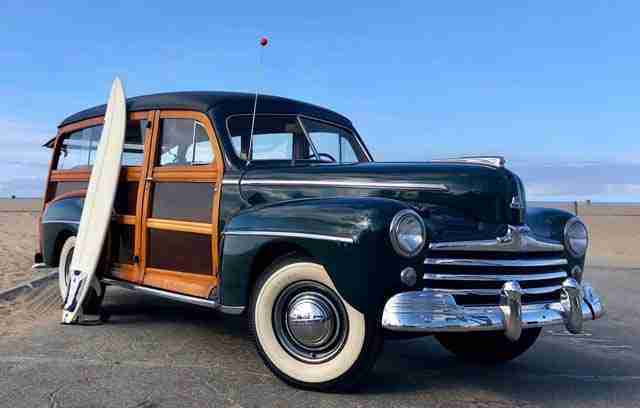 Wood-bodied cars became a status symbol and grew in popularity. ‘Woodies’, as they became known, required a high-level of craftsmanship and as such, were considered a luxury vehicle.
Ford build their station wagons in-house. Many other marque’s farmed out the work to master-craftsman who oversaw the production of the bodies. Every detail of the Ford Woody Wagons were done under Ford’s watchful eye. Even the growing and harvesting of the wood was done through Ford’s own forest and mills, located in northern Michigan. The wood was maple, ash and basswood lumber.
Equip with Columbia Overdrive two speed rear axle which allows this Woodie to cruise effortlessly at modern highway speeds.
Driven 45,500 careful miles in Southern California

Equip with lots of great options and accessories.