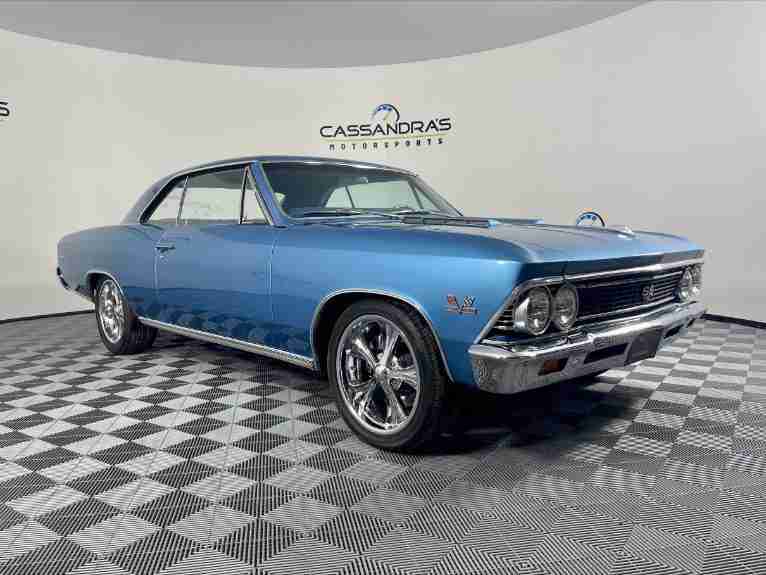 Baldwin Chevelle 427. Marina Blue. The Chevelle is a 1966 true SS number car it was believed to of been purchased at Baldwin Chevrolet and was one of seven cars that were retrofitted at Baldwin Chevrolet with Chevrolet Corvette 427 engines. It is a resto mod it has a time correct 427 four bolt main with moderate cam rectangle port heads headers and all the good engine components clutches and bell housing. All components undercarriage were sandblasted down, new fuel tank, four wheel disc brakes Wilwood. Complete repaint factory Marina Blue, all new window glass. Generally speaking every nut and bold was replaced and car has 80,000 known to be original miles and it has been driven approximately 400 miles since being completed.