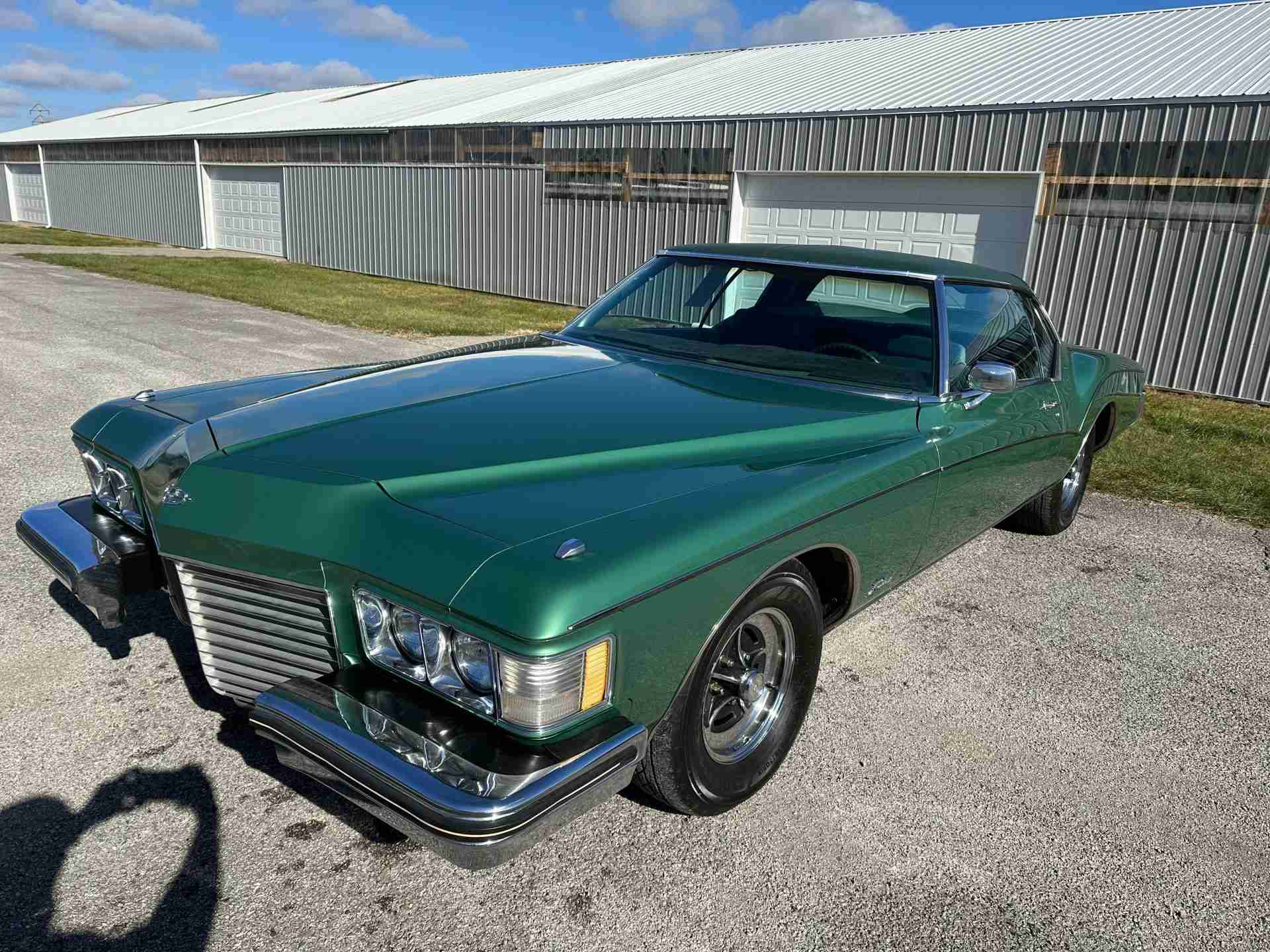 1973 Buick Riviera. Available now is this beautiful 1973 Buick Riviera “Boattail” dressed in all green paint over a green interior. This Buick is in amazing overall condition and is ready to hit the street. It is powered by the mighty 455-cu.in. OHV big block V8 mated to an automatic transmission. Odometer is showing just over 80,000 miles. On the interior you will find it covered in all seventies green with wood and chrome accents featuring air conditioning, power steering, power brakes, and power windows. These Boattails are some of the most sought after Rivieras and becoming harder and harder to find. This is a perfect opportunity to add one of these classics to your garage or collection.

1973 was the third and last year for the controversial boattail design, with the most changes done on this year. A major facelift of both front and rear bumper designs, as well as other interior and exterior items came about. A softer, more luxurious approach to the car was taken by Buick. The obvious differences in the exterior of the car can be seen in the front bumper, now a government-mandated impact resistant unit, and in the more conventional rear bumper, now with the license plate in the center, and much flatter than the ’71 and ’72 rear bumpers. The stylized Riviera emblem now appeared above the grille, and on the rear bumper, as well as on the sail panels. Front parking lamps and turn signals were moved to the outer edge of the fenders, combining the side marker lamps and optional cornering lamps. If the car was equipped with the optional Stage 1 engine, the Stage I emblem was placed in the grille for the first time. These additions and changes brought another 143 pounds to the weight of the car.

Interior changes again took the Riviera closer to the luxury side of the market. The high back bucket seats that were available in ’71 and ’72 were now replaced with 40-40 seats. Also available was a 60-40 seat. The unique three panel machine-turned trimmed cockpit was replaced by a wood grain trimmed instrument panel similar to other full-size Buicks, and was no longer curved on the passenger side. Other improvements included an increase in sounddeadening materials, more supple body mounts, and improvements to the suspension, again, to make the ’73 quieter and smoother.

This was the last year for the true pillarless hardtop design. Also, exhaust gas recirculation was now standard on the Riviera, having been installed only on California cars before. Paint options included 16 standard colors, as well as Black, Mediterranean Blue and Jade Green as extra cost options. There were seven interior and vinyl top colors available. The interior vinyl had two different types of grain, again to give the car the more luxurious look of real leather.