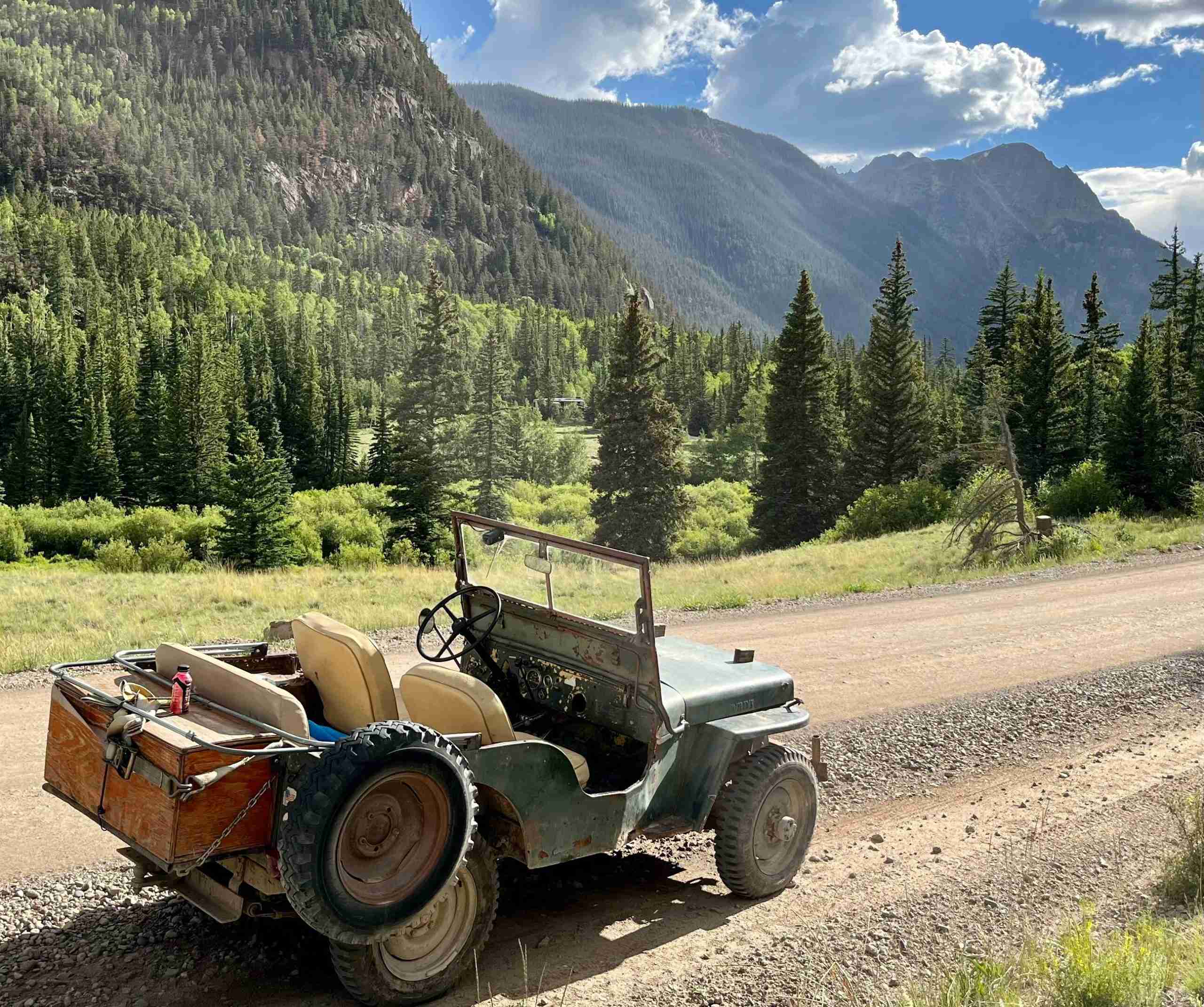 1946 Willy’s CJ2A Jeep. This second year of civilian production 1946 Willys CJ2AJeep is offered for sale for the first time since it was purchased by the current owner in 1974 and used exclusively to traverse the mountains around Lake City, Colorado. This summer it was transferred to Austin Texas to sell. It has remained in its current condition for almost 50 years, was maintained mechanically and still starts on the first crank most of the time. It appears to be a mostly original example of an early Willys CJ2A. The original color from inspecting under the dash appears to be Pasture green over yellow primer. The serial number on the front driver’s frame horn and body number found on the body front toeboard and matching number on the rear tailgate correlates with the other units before and after in the CJ2A registry. A friend who works at a service center here in ATX that focus on early CJ’s indicated the exhaust mounting hardware and muffler looked original; and commented he had never seen an original installation in person, just in pictures. I have been collecting cast numbers, hammered numbers and date codes on many of the cast parts and assemblies into an excel spreadsheet for viewing if interested. Dash gauges and have mostly been replaced along with the headlight switch. Body appears to be all original sheet metal. An older (>50 years) freshening up shows body filler and some rust repairs in the usual spots but nothing serious. The spare tire is much older than the 50 year old speedway replacement shoes on the ground. Engine has a rebuilder name tag glued to the block but I have not contacted them. Jeep is still titled in Colorado. If interested feel free to call or text for additional information and pictures.